Logitech has released new versions of its MX peripherals in Mac-friendly finishes, as well as a new K380 wireless Bluetooth keyboard designed for Apple devices. These aren’t dramatically different devices from the existing versions that Logitech offers – but that’s a good thing in this case, and it elevates what were already amazing peripherals to no-brainer default choices for Mac users.

The MX Master 3 for Mac is a very slightly altered twist on the MX Master 3 – consisting mostly of a new paint job that actually pretty closely resembles the old one. Specs are the same for the Mac-specific version, including its quiet scroll wheel with 1,000 lines per second maximum scroll speed, and Logitech’s MagSpeed tech that dynamically enables freewheel scrolling when you’re going fast.

The MX Master 3 for Mac does ship with a USB-C to USB-C cord in the box, instead of the USB-A to USB-C cable that comes with the non-Mac version, and that’s much more convenient for charging and using it dongle-free with modern MacBook computers. It can run for 70 days on a full charge, and you can get three full hours of use out of just 60 seconds of charge time. The mouse uses Logitech’s Darkfield laser tracking which provides 1000 dpi on average of accuracy and the ability to track on virtually every surface, and it can also work across Macs and iPads with Logitech’s Easy-Switch technology for connecting to multiple devices. 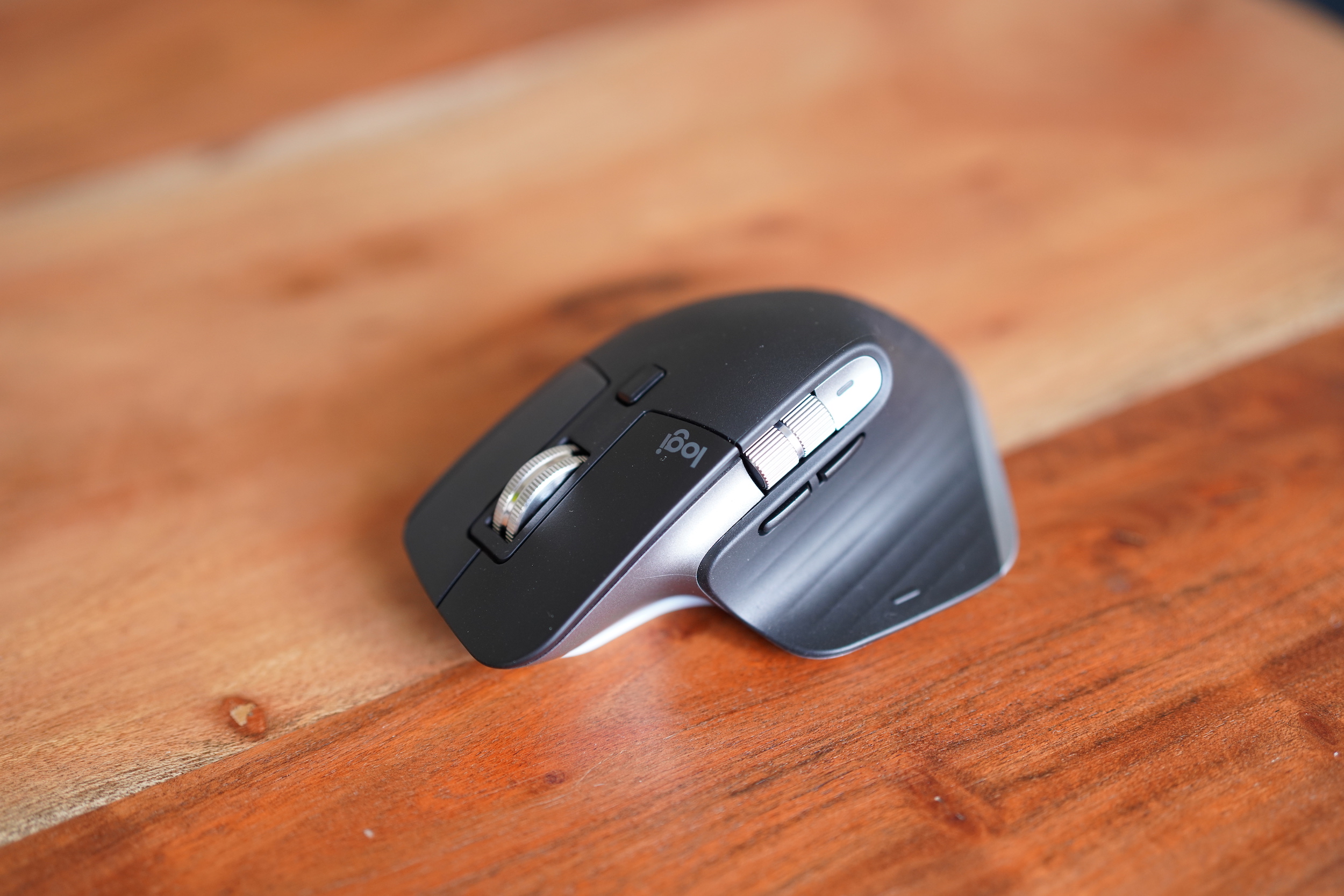 This is noteworthy because Logitech is charging $129.99 for the MX Master 3 for Mac – the same as the non-Mac version, but it doesn’t include the receiver and bills itself as a Bluetooth mouse. It’s a bit of an odd choice, but if you’ve used Logitech gear over the years, you probably have an abundance of unifying receivers on hand, and the Space Gray colorway on the Mac version does match better with actual Mac hardware.

Performance-wise, the MX Master 3 for Mac is still one of the best full-size mice you can get. It’s extremely comfortable to use, features a healthy array of controls that are customizable with Logitech’s Options software, and provides smooth, high-precision tracking, with the ability to use it while charging. 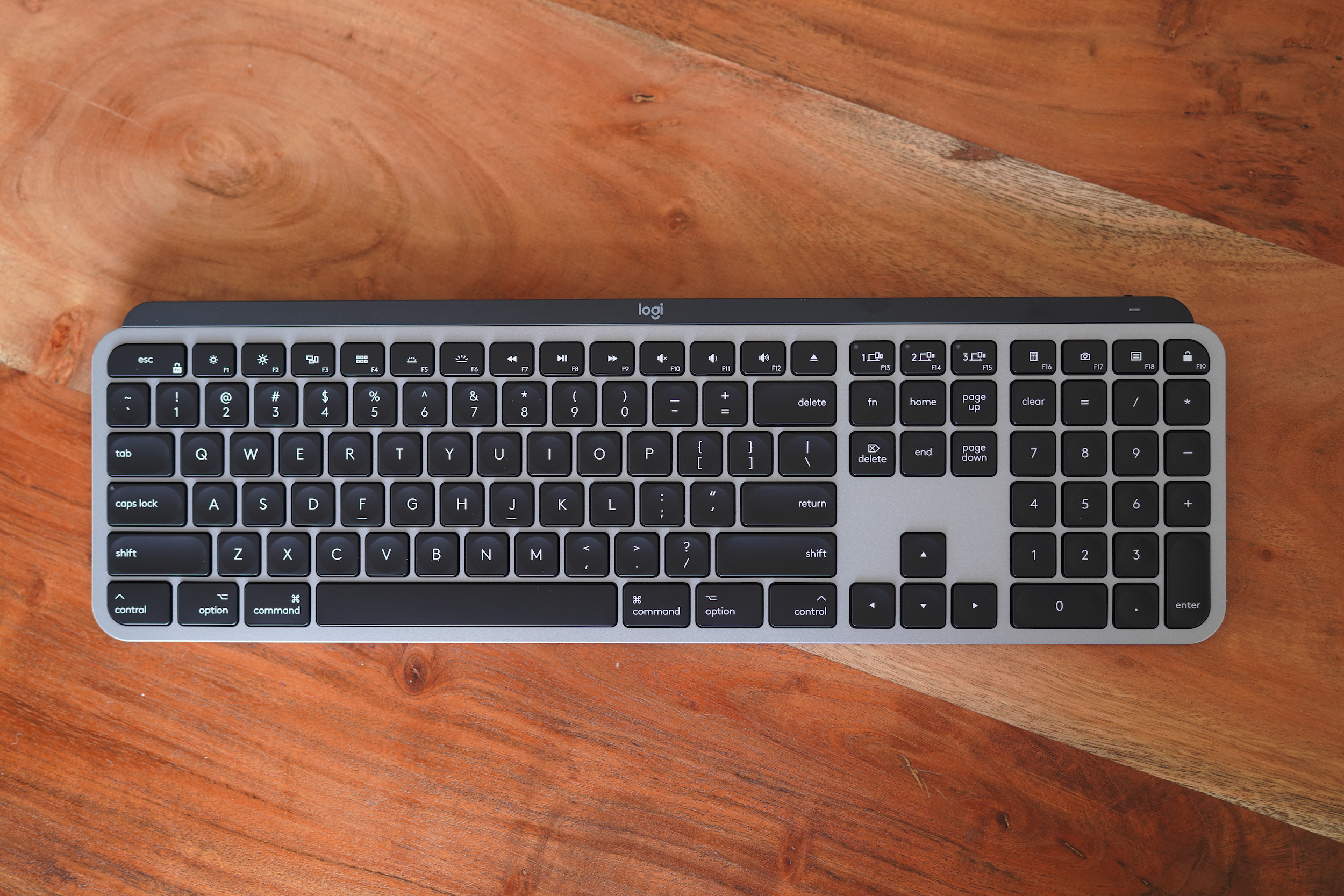 Like the mouse, the Mac version of the MX Keys is mostly an aesthetic change. It’s also done up in Space Gray to match Apple’s colorway of the same name, and it features contrast-coloured black keys and a top bar that houses the wireless and battery electronics. The key layout also gets Mac-specific, ditching the hybrid key labelling of Logitech’s existing MX Keys for actual dedicated Command and Option keys, as well as a hardware eject key.

Also like the Mac Master 3, the MX Keys can work across devices, including those running macOS, iPadOS and iOS. It ships with a USB-C to USB-C charging cable (again, more convenient than the USB-A to USB-C one in the standard MX Keys configuration) and a unifying receiver. It’s also able to connect via Bluetooth, and can be connected to up to 3 devices with dedicated keys to switch between each.

The MX Keys is already probably your best choice for a third-party keyboard that offers great performance and key feel, unless you’re specifically into clicky mechanical keyboards. It includes smart backlighting that activates automatically when your hands approach, and turns off automatically when not in use to preserve battery life. While it’s made of plastic, it still feels heavy in a good way, ensuring it’ll rest flat on your desk. Since it’s based on the MX Keys, I can also attest to its durability, as I’ve been using that keyboard since its launch and have not had any problems with it at all thus far. 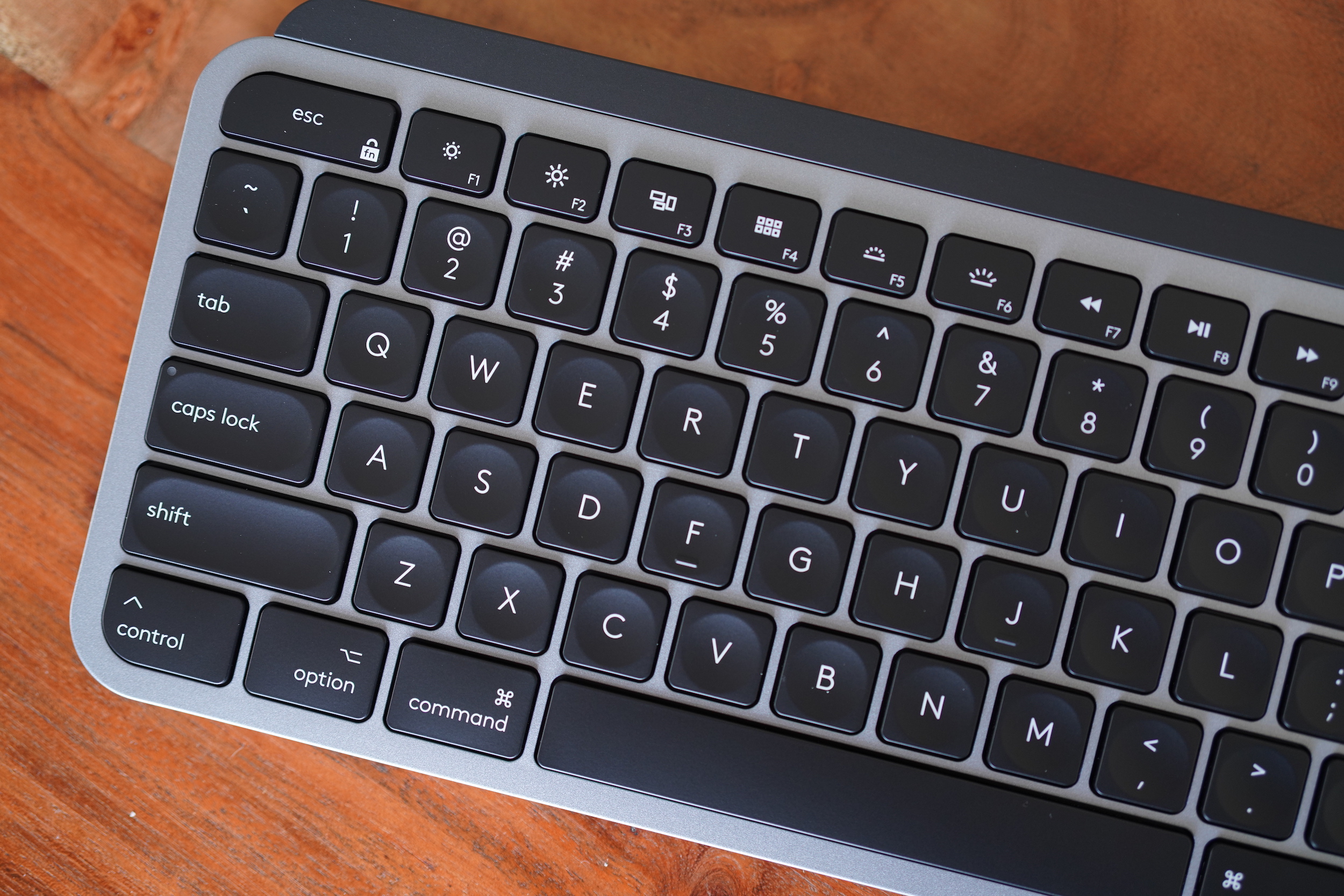 In terms of battery life, you can expect 10 days of use with the backlighting active – but if you go without the underlay lighting, it’ll stretch out to as much as five months. And as mentioned, it’s easy to charge up directly from your Mac with the included USB-C cable – which also allows you to use it while charging.

Logitech’s work on the color scheme here really does a good job of matching the look of Apple’s aluminum treatment, right down to the metal-like speckles on the Space Gray surfaces. If you’re already using an MX Keys, stick with it, but if you’re in the market for something new, this is the new best choice for a Mac user – at the same $129.99 price point as the original.

The K380 is a much more portable keyboard option, with rounded keys and a lighter plastic shell. It’s Bluetooth-only, but still offers the ability to connect up to there devices at once. The Mac version comes in either a white or pink version, and it features Mac-specific keys like the MX. 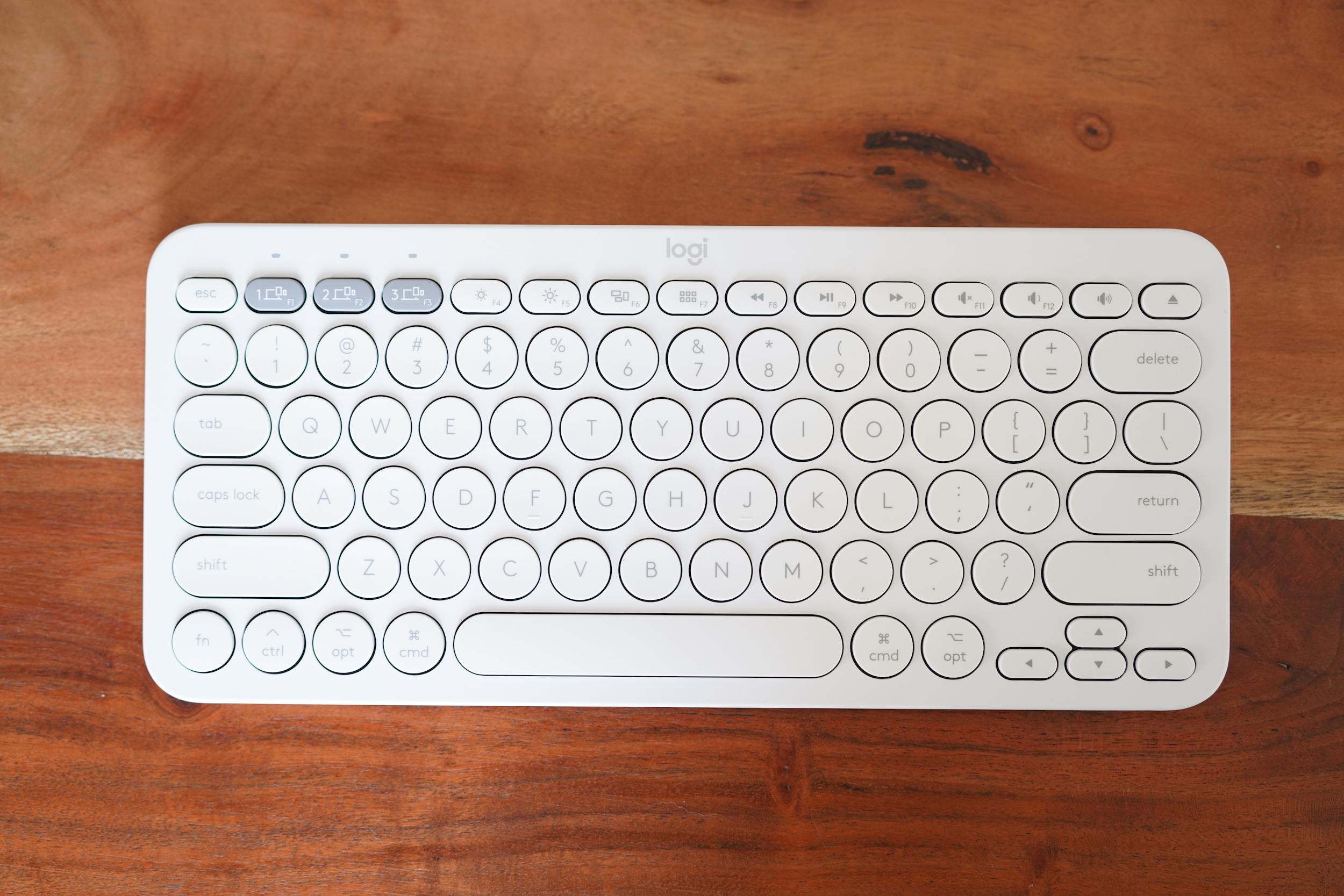 It works across macOS, iOS and iPadOS, and can switch between each seamlessly, making it a great choice for working on the road with a setup that includes both a Mac and your iPad or iPhone. It’s powered by two AAA batteries (included), and is rated at around two years of use on a single pair.

The typing feel is a bit shallower than the MX series, but still impressive, and it’s near-silent which makes it better for use in shared or busy spaces. It’s available now for $49.99.

Logitech hasn’t reinvented the mouse wheel with any of these products (it already did that with the MX Master 3’s original launch) but these are all welcome updates that make its hardware feel more at home with Mac and other Apple devices. Even Apple itself charges a premium for the dark-coated versions of its input devices, too, so it’s nice to see pricing stay the same along with the facelift.

If you’re in the market for new peripherals and don’t already own the MX series, these are obvious choices. Ditto the K380 for Mac if you want a durable, all-in-one keyboard to use across your devices that won’t add too much weight to your pack, and that looks and feels great.